I can certainly feel grateful to my family. My parents helped pay for a huge portion of my college education and granted me a car and they are relatively supportive in my life goals. However, they (namely, my mom) have no understanding of love.

Since I was a child, my parents fought. They fought over things my brother did, things I did, things they did separately, and things they did to each other. It was at least weekly, if not a nightly occurrence. When I went to college, maybe I forgot about it. Maybe I didn't. I tried to watch a comedic play about two "crazy" couples and left in tears because that was my parents. Yet they weren't crazy. They just fought and hurt each other on a daily basis.

Then I moved back home and I was reminded of it again. This time, it was mostly me vs. my parents. The typical job and boyfriend type of fights. But this time, I learned through the fights my parents' true motives and I like to think that I've "tamed" them in regards to my issues. But that doesn't stop them from still fighting with each other (they've been married, what, like 30 years now??) and initially, I mediated, but how many hundreds of times can you fight about the same thing (with me explaining to each side what they other side really means)? I got a full-time job and I saw them less and that helped.

But now it's my brother's turn. Honestly... I can't imagine how much harder it might be for him because he's always felt inferior to me (not really sure why) and my mom loves to compare, of course. Then, she judges him based on incredibly fickle issues like his girlfriend's skin and his method of job-searching (well she makes legitimate points but you don't have to be a dick) and uh, like not responding to a text after FIFTEEN minutes. Her excuse is that she's sick. Well, she's already made all of us sick. And the real problem is that she accuses him (well all of us) of hating her and thinking she's worthless when that's what she thinks about herself. And yes, I have pointed all of this out to her many many many times.

So yeah. Thank you, my family. I hope I get some sleep tonight despite your yelling at each other.

No, I am certainly not depressed.  I've had highs and lows but I think I've been able to maintain good mental health and I am aware of the times when I need to vent or just have a few tears to calm down.

However, there are things very horribly wrong with people today.  I knew Anime Expo had drama but this really just sickens me.  I really hope this Tony person is not a Tony I know because if it was, I might just cry.

When I think about some of the people around me (mostly from work) or the people who are in power or are popular nowadays, I feel pretty worried for our society and for the future.  It's funny to see people doing silly things and answering tests with ridiculously wrong answers, but it's also scary.  Some people are being genuine in making horrible choices.  And when I think about this, and how difficult it would be for them to understand they need to improve or how much more difficult it would be for them to implement any improvements, I feel so profoundly sad for all of us.

We are creative and free and technologically advanced, but we are empty and moving too quickly with most of us not realizing that the empty space needs to be filled to begin with.  Not filled full of many things, but fitted with the right thing.

I think when I was a more quiet/shy/withdrawn person in high school (I"m sure some of you can't imagine lol), I think I actually valued and maybe even enjoyed being sad occasionally.  To an extent I still do.  Obviously, being able to sympathize and feel sad in the first place is not a bad thing.  However, it's probably not so great when it's over something that has little chance of improving. 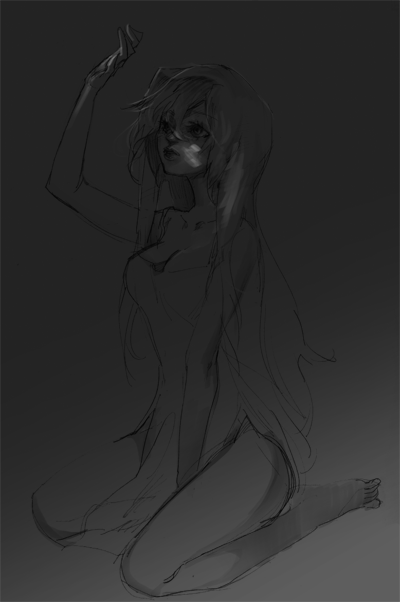 Did Artist Alley for the 3rd time at Fanime. It was really awesome and I had never met so many Super Sentai, Zutara, and Eyeshield 21 fans in my life!! I always pick the most awesome niche markets lol. xD

I don't have many pictures of most of these but hopefully they'll surface at some point... In general I was really exhausted due to running around and working at Artist Alley. Didn't make it to any concerts, B&W ball, or the karaoke room! But overall, it was really an awesome Fanime and I really look forward to next year. :)

I haven't gotten a proper haircut in over 2 years... pretty much ever since I started going out with my bf. xD Partly because I knew he liked long hair, but also I wanted to try growing it out and taking care of it as best as I can. That was when my hair was just a bit longer than Maaya Sakamoto's bob in my icon. I think every girl should cut their hair super short (boyish length) at least once and also grow their hair down to their back at least once. It teaches a lot about styling and maintaining your hair. :D

Anyway... I can probably now wear my Meiling cosplay without using the ponyclips that I had used in this pic back in 2009 (or 2010? Not sure lol).

This picture kind of shows how long my hair is now. And is also an awesome picture.

It's awful but ever since I got my smartphone last year, I've neglected to post ALL pictures from 2012. However, I've decided to write up a wrap-up
post for this past year which will feature all these pictures~ Split in 2 parts so as not to post 50 pictures in one post.

Painted this based on clouds I saw a month ago... I guess I am a dreamer-type; I spend so much time when I'm driving looking at the sky. :p
Collapse